Another Trip. Another State. 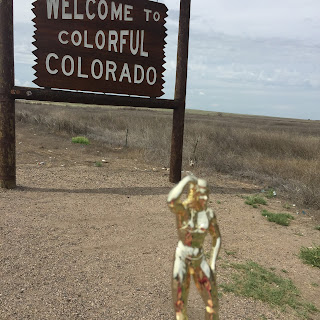 In late August, Miss Lake, her caretaker, and her caretaker's son all headed to Colorado.  Because they could, their route took them to Colorado Springs by way of Dodge City (home of the best Mexican food restaurant in all the land).  It was hard to find very much colorful about Colorado at the state line; however, there were grasshoppers as big as Miss Lake, so that was something.

Several long hours later, from her spot on the dashboard, Miss Lake got her first glimpse of the mountains.  Actually, you could see the mountains way before this, but she just wasn't paying attention.  Or it could have been because she was facing the wrong way. 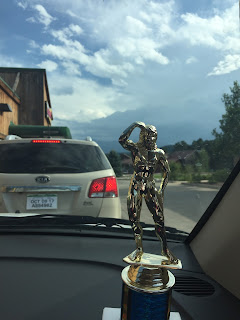 The long weekend was spent in Green Mountain Falls, Colorado, a quaint mountain village which has seen many visits from Miss Lake's human caretakers.

There was an interesting light display in one of the city parks.  Hundreds of light bulbs, powered by the sun, covered the park.  Not much to look at during the day, but it was spectacular once the sun went down. 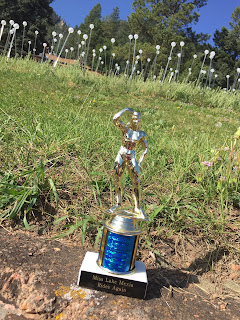 Miss Lake made an appearance at Cave of the Winds.  She didn't join along on all the mountain hikes, though.  Word on the street is that Miss Lake is basically lazy and only goes where someone will carry her golden spoiled ass. 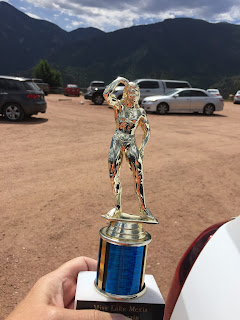 At Garden of the Gods, Miss Lake posed for a picture.  This was right before she told a racist bigot to shut his mouth.  (True story, except that it wasn't Miss Lake who was doing the talking.  There really was a mouthy racist who was lucky Sarah didn't take his head off.  Sarah's son was glad he always travels with bond money.) 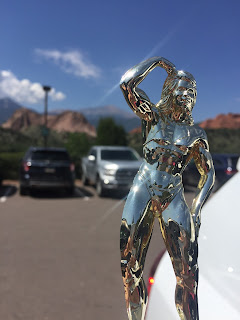 On a clear day, the view of Pikes Peak from Woodland Park, Colorado.  On a cloudy day, it's not quite so grand, but by Kansas standards, still pretty good. 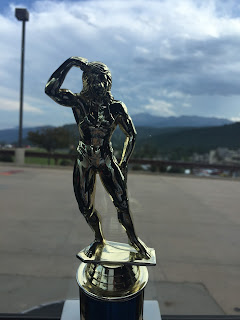 Half past dawn o'clock and ready to head home. 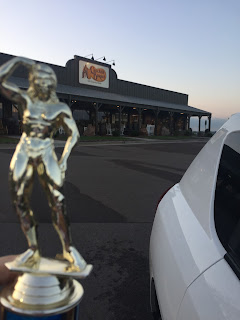 Is this Miss Lake's 2nd or 3rd run in with The Man?  Apparently trying to get through eastern Colorado as fast as possible is frowned upon.  Miss Lake exercised her right to remain silent. 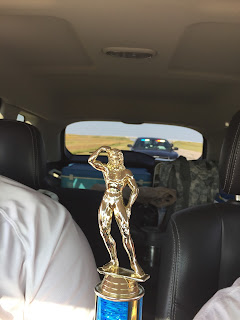